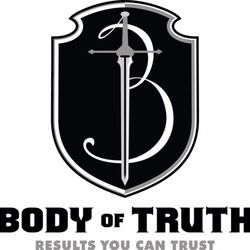 It is necessary to start with the fact that underneath dance-theater there is a change of mentality in relation to the purpose of dancing, in which Pina conforms very well to the idea of her master Kurt Jooss, that being: the idea that dance is theater. This statement may sound initially odd, but may be, at the same time, very simple. It is about thinking that dance is made for expressing, above all.

All the elements that are in there, the forms, lines, the beauty of the choreographed movement etc. At the end I am a theater author. I think in theatrical terms and this kind of thinking genre is not easily discarded. Of course, at a first glance, it is possible to think that dance has always worked this way.

It is a fact that dramaturgy has always been a part of dance, but the relationship between movement and dramaturgy is different in each dance language we may analyze. In classical dance, for example, dramaturgy is almost ancillary, whereas elements that are internal to dance, like the virtuose , or the meaning of lifting up from the ground itself, stand up per se, no matter what the main story might be.

The meaning Jooss gives to dance as an expression brings a dramaturgy that expresses itself through the movements, the transposition of a story in bodily language. Dance and theater are not, so to speak, together, as has always been the case. They are the same, and this is the new perspective that characterizes dance-theater. This is about a slightly subtler change of mentality, which is related to how one makes dance, to who knows how to make dance, and to whom dance belongs to.

Pina demonstrates in various moments an understanding of dance as a language that, somehow, overcame her. This does not have the intention of imposing different philosophical voices to the artist, but only to enlighten a possible approximation. Underneath an apparently ordinary statement, the philosopher seeks exactly to remain inside language, somewhere we have never been out of, and to emphasize the fact that it is not possible, nor it is necessary to define it. All parameters used to define language are already a limited part of language itself.

And what he underlines is that this language that speaks transcends individuals. As we speak, we do not own the language as traditional philosophical parameters might understand it. To this author, from a phenomenological and hermeneutic point of view, language and reality are similar terms. In this aspect, the relationship with language must be one of belonging which entitles a certain listening and availability and not of domination.

If language is what speaks, and not just the individuals, we must think that, as human beings, we are born into something that overcomes us, into an existence imperative that we did not choose and cannot avoid: and that means speaking all the time because all our thoughts awake or asleep, are language. Men speak as they correspond to language. To correspond is to listen. But representational thinking is only one of the possibilities of language. Before that, in the simple fact that we exist, we already exist as language and, for that matter, defining language or thinking entails to a cutout, so to speak, from infinite possibilities.

So, it would be necessary a fair amount of caution not to be misled but the subtle features of these cutouts; that means, after all, not ignoring that those are cutouts. We do not want to say that Pina saw life through his philosophical perspective. This would only be possible if she had said that at some point. But we are merely suggesting that there are many similarities between what Heidegger acknowledges as art and things that Pina has stated as being important to her art.

That being, among others: the availability to listen to something that might come from an unexpected place and the necessity of not letting reasoning lead this search for truth, because this is not about intellectual work. In the following quote, Pina shows her understanding that many things may be dance, beyond what is primarily considered, and that it opens to us a kind of non-intellectual knowledge:.

Of course, it was very hard at the beginning. It was hard to comprehend that dance could exist in a very different way. Because dance does not consist of one particular technique. This would be highly arrogant, thinking that many other things are not dance. And I believe only a great dancer can perform something very, very simple. Everything is very delicate. I never ask anything private, I ask a precise question. Something we know - but not in an intellectual way Bausch apud Servos, , p.

Pina sounds actually mysterious in her comprehension. As in Heidegger, the possibility of perceiving something that rationality does not reach emerges, acknowledging rationality as only a part of the human being as an existence. Something that is not always clear in words and that might have a better translation in art.

This is the only real language. Same things happen always in the same moment with the same music. It is something precise, but not something that can be seen apud Servos, , p. But that also does not mean any kind of objective and unique truth, in traditional terms. Beyond this language notion arises, therefore, another question postulated by Heidegger as fundamental, that is: what is truth? But historically we have built ourselves inside a tradition in which a privilege is given to a very restrictive understanding of language, which is the representational thinking, in which truth is seen as an adequacy between intellect and being.

This language concepts primacy is harshly attacked by Heidegger, for many different reasons. One of those is the fact that, when we move only inside representational thinking and take propositions as correspondent to things , we treat those things as simply given beings , as idle objects and not as events, as being. We also unbind them from an entire context to which they belong, and without this context, the thing would have no meaning to us human beings.


We de-world [ entweltlichen ] them, like if it were possible for us to be aware of something outside the human world. Summarizing, for Heidegger, finding the place of truth in the proposition is always insufficient, because truth cannot be anywhere else than in the happening of reality itself, and here we cannot do without the idea of temporality. When Heidegger publishes The Origin of the Work of Art, in , this criticism is sufficiently established, as well as his concept of truth as uncovering, which is the translation to the Greek word aletheia, to which Heidegger resorts to when trying to explain truth as happening, appearance, inside the scope of being understood here as a verb.

With this proposal, Heidegger tries to overcome dichotomies inherent to traditional concepts and emphasize the idea of the giving of being, denying that truth might be restricted to propositional reasoning. And it is in the context of such perspective that Heidegger will discuss art in the abovementioned work.

The starting point of this text consists of pointing out what the author considers limitations of philosophical aesthetics. For Heidegger, aesthetics seeks to analyze the work of art through concepts, and concepts carry problematical interpretations throughout its history. And by that, he seeks to demonstrate that our concept of art is conditioned to philosophical concepts which are deeply ingrained in the western culture, so much that we do not realize they come from certain interpretations of reality proper to philosophy, but they could and should be questioned.

Concepts such as essence and appearance, matter and form, subject and object are pillars of theories that turn into, ultimately, an aesthetic notion that, for Heidegger, is closer to science than to art. For this author, art cannot be reached by those aesthetic theories, since art is a usage of the language that escapes from those parameters. Art is, in this perspective, the setting-itself-to-work of truth Heidegger, , p. If we think of truth beyond representational reasoning, art is the field where we can see truth emerge in manners that nor science neither philosophy could reach.

Truth, in this respect, takes place in language.

And, being the art the place where this language is free, it opens the possibility of the unexpected. In this case, the artist does not own the truth, does not design it in a complete form. The much contested example that Heidegger presents, using the work A pair of shoes , by Vincent Van Gogh, seeks to show the presence of the unexpected.

The work may express more than the artist himself had intended to. The artwork opens up, in its own way, the being of beings. This opening up, i. In the artwork, the truth of beings has set itself to the work. Art is the setting-itself- to-work of truth.

What is truth itself, that it happens, at times, as art? What is this setting-itself-to-work? Heidegger, , p. Truth has, along this path, a poetical character.

How I Ate My Way Through 'Body Of Truth,' A Book About Eating Disorders And Body Image

The aesthetical theories of philosophy do not work with this perspective of truth; therefore, they do not reach, according to the author, the actual meaning of art. Norbert Servos seems to have made a good summary of that power. Dance-theater developed towards something that could be described as a theater of experience, a theater that transcribes reality aesthetically, via direct confrontation, turning it into a physical fact experienced by the body. By getting rid of the shackles of literature, while making its abstraction concrete, dance becomes attentive for the first time in history, raising its consciousness and taking the means of expression into its own hands Servos, , p.

A Test That Can Reveal the Truth About Your Body Type

Pina means a position, compared to other artistic movements, that overcomes dichotomies, just as the very content of dance-theater does. In relation to classical ballet, as an example, Pina Bausch has always demonstrated genuine respect, although she treats it with humor and criticism in her plays 4. However, as a creator of a new perspective of dance, she does not look at it under generally valorized optics, that is: neither as an unequaled conquest nor as a symbol of struggle.

Norbert Servos brings this to our attention, with great propriety:. Dance-theater diverges enormously from the momentum of the and later movements. 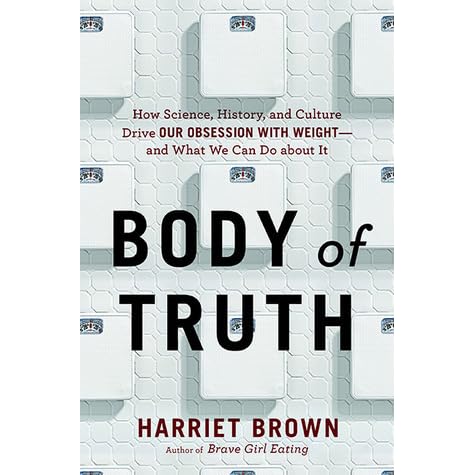 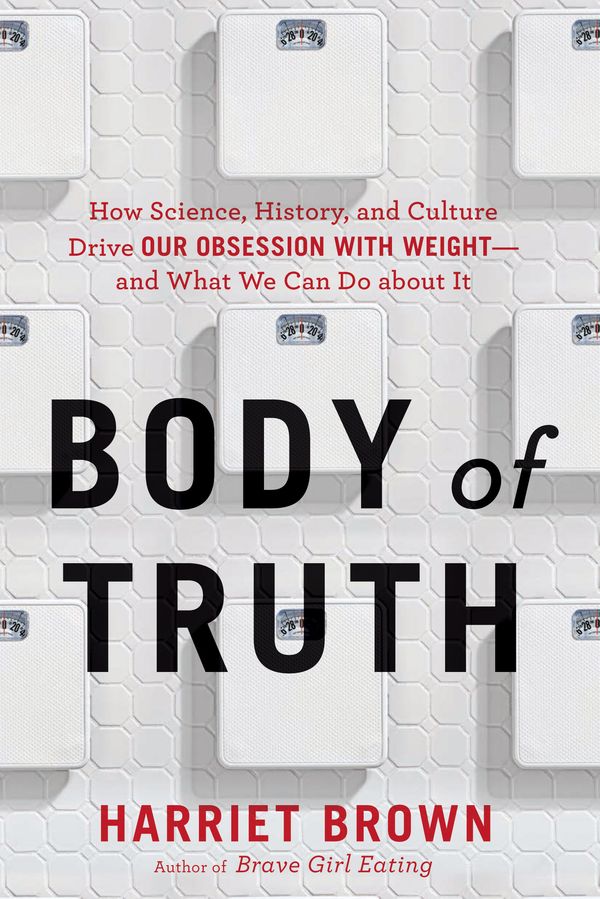 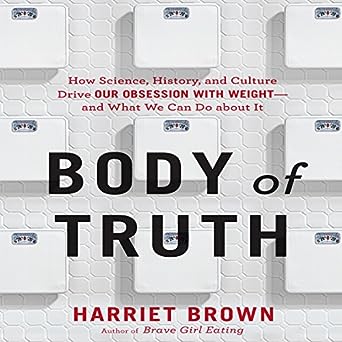 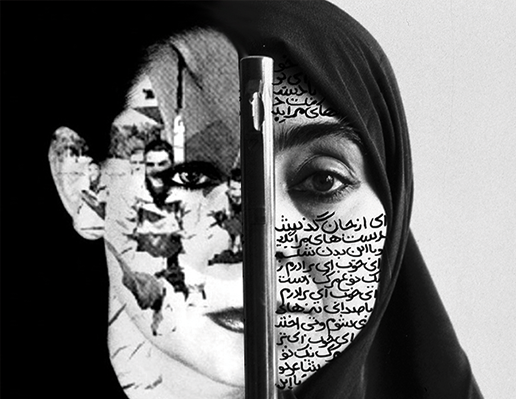 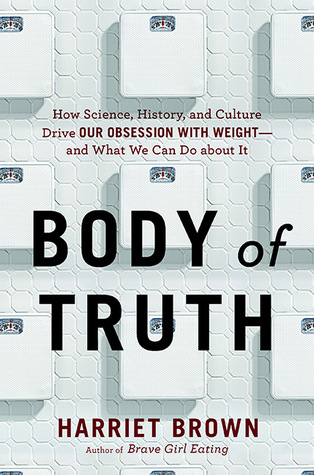